And I completely agree with him. But after 1.5 years and a spec update to JPA 2.1, JPA listeners are not the only solution anymore. JPA 2.1 introduced Attribute Converter, which can be used to create a maybe better solution.

Payment information like a credit card number is confidential information that should be encrypted. The following code snippet shows the CreditCard entity which we will use for this example.

As we pointed out in the beginning, the encryption should work in a transparent way. That means, that the application is not affected by the encryption and that it can be added without any changes to the existing codebase. For me, this also includes the data model in the database because it is often created by some application-specific scripts which shall not be changed. So we need an Attribute Converter that does not change the data type while encrypting and decrypting the information.

The following code snippet shows an example of such a converter. As you can see, the converter is quite simple. The convertToDatabaseColumn method is called by Hibernate before the entity is persisted to the database. It gets the unencrypted String from the entity and uses the AES algorithm with a PKCS5Padding for encryption. Then a base64 encoding is used to convert the encrypted byte[] into a String which will be persisted to the database.
When the persistence provider reads the entity from the database, the method convertToEntityAttribute gets called. It takes the encrypted String from the database, uses a base64 decoding to transform it to a byte[] and performs the decryption. The decrypted String is assigned to the attribute of the entity.

For a real application, you might want to put some more effort into the encryption or move it to a separate class. But this should be good enough to explain the general idea.

OK, we have an Attribute Converter that encrypts and decrypts a String. Now we need to tell hibernate to use this converter to persist the ccNumber attribute of the CreditCard entity. As described in one of my previous articles, we could use the @Convert annotation for this. But that would change the code of our application.
Another and for our requirements the better option is to assign the converter in the XML configuration. This can be done in the orm.xml file. The following snippet assigns the CryptoConverter to the ccNumber attribute of the CreditCard entity.

That is everything we need to do to implement and configure an Attribute Converter based encryption for a single database field.

The answer to this question is not as easy as it seems. Both solutions have their advantages and disadvantages.
The entity listener described by Bear Giles can use multiple attributes of the entity during encryption. So you can join multiple attributes, encrypt them, and store the encrypted data in one database field. Or you can use different attributes for the encrypted and decrypted data to avoid the serialization of the decrypted data (as described by Bear Giles). But using an entity listener has also drawbacks. Its implementation is specific for an entity and more complex than the implementation of an Attribute Converter. And if you need to encrypt an additional attribute, you need to change the implementation.
As you saw in the example above, the implementation of an Attribute Converter is easy and reusable. The CryptoConverter can be used to encrypt any String attribute of any entity. And by using the XML based configuration to register the converter to the entity attribute, it requires no change in the source code of the application. You could even add it to the application at a later point in time if you migrate the existing data. A drawback of this solution is, that the encrypted entity attribute cannot be marked as transient. This might result in vulnerabilities if the entity gets written to the disk. 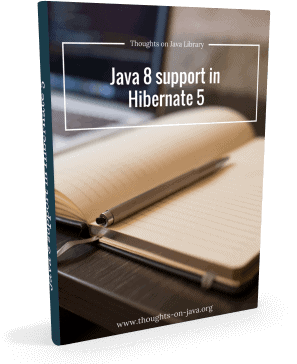 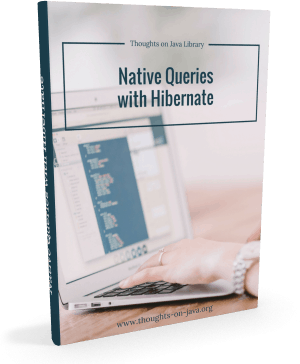 to boost your Hibernate skills

Sign up below to join my newsletter and to get 2 of my best Hibernate ebooks:

You see, both approaches have their pros and cons. You have to decide which advantages and disadvantages are more important to you.

At the beginning of this post, we defined 3 requirements:

The described implementation of the CryptoConverter fulfills all of them. The encryption can be added at deployment time and does not affect the application if the XML configuration is used to assign the Attribute Converter. The development of the application and the encryption is completely independent and can be done by different teams. On top of this, the CryptoConverter can be used to convert any String attribute of any entity. So it has high reusability. But this solution has also some drawbacks as we saw in the last paragraph.

You have to make the decision which approach you want to use. Please write me a comment about your choice.

Hello and welcome to “Links of the week (CW41)” 🙂 This week was really busy for me, so there was not so much time to… 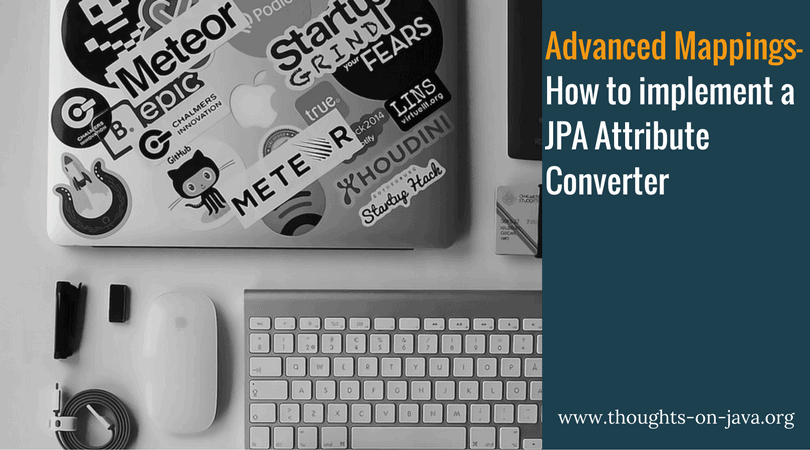 JPA 2.1 brings several improvements. One of them is the Attribute Converter. It allows the developer to specify methods to convert between the database and… 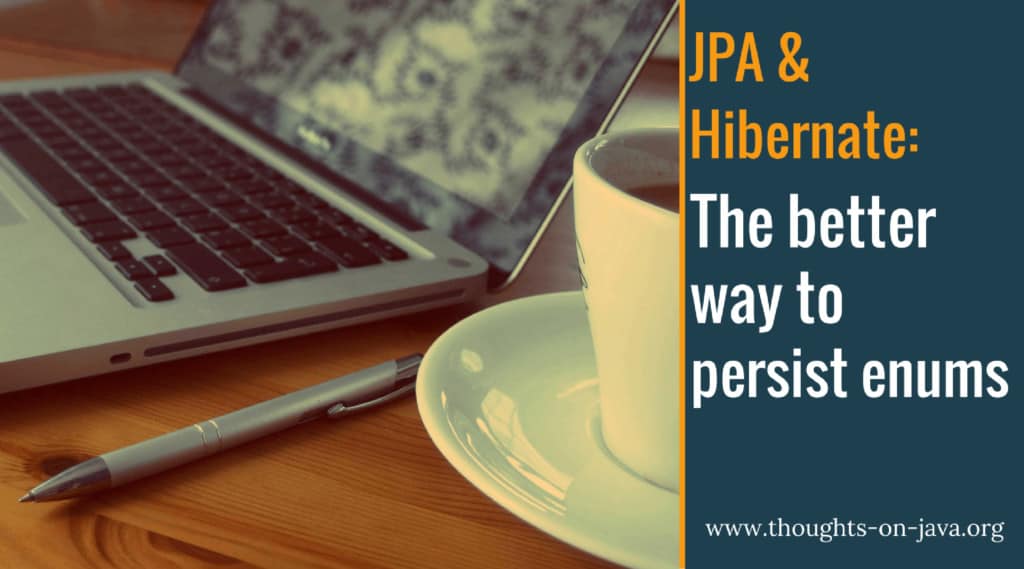 Persisting enums with JPA 2.0 is possible, but there is no nice way to do it. Using the @Enumerated annotation, you can use EnumType.ORDINAL or… 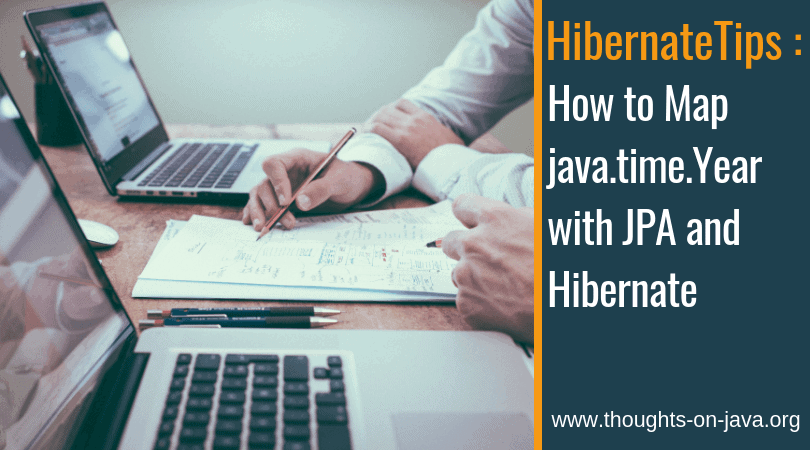 Hibernate Tips is a series of posts in which I describe a quick and easy solution for common Hibernate questions. If you have a question… 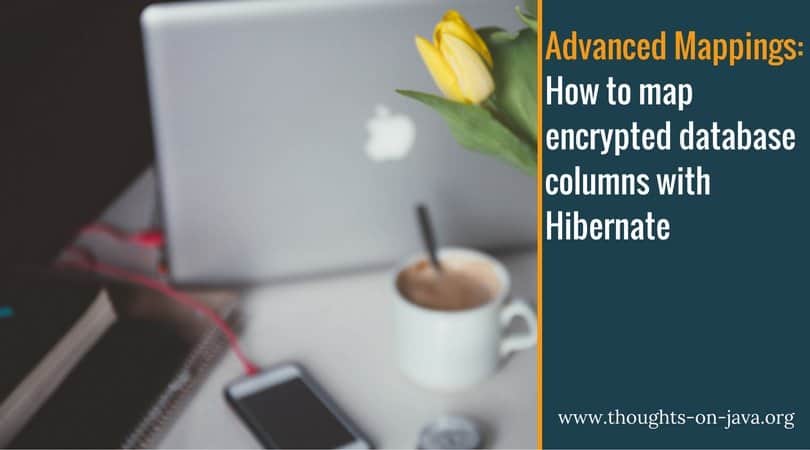 A few days ago, someone asked me how to map an encrypted database column to an entity attribute. I remembered that I used a @ColumnTransformer…